The First Law Firm without Lawyers Opened in Coolalinga 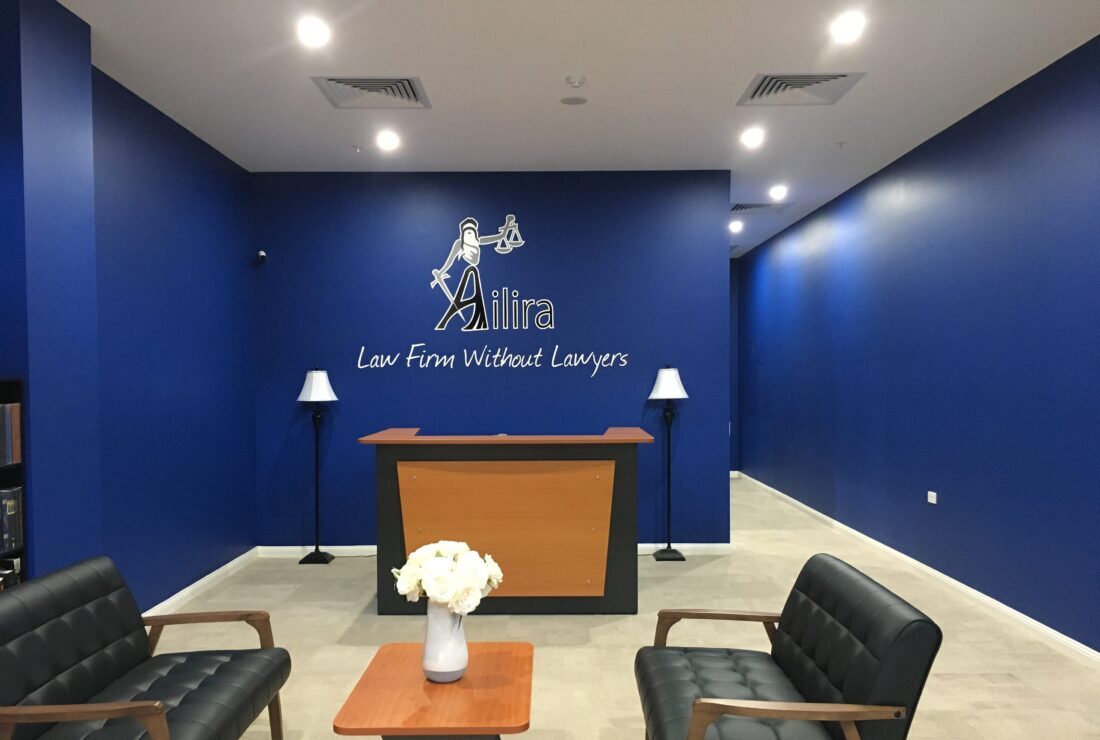 Cartland Law are pleased to announce the opening of a world first: a Law Firm Without Lawyers! Powered by Ailira, the Artificially Intelligent Legal Information Research Assistant, the office is located in Coolalinga Shopping Centre, 29km south of Darwin, Northern Territory.

The Law Firm Without Lawyers can assist consumers with legal information and documents relating to, initially, Estate Planning (e.g. Wills) and also Business Structuring (e.g. discretionary “family” trust deeds, company incorporation, partnership agreements, etc). Ailira can provide free legal information that can help people determine which documents may be suitable for them, and can then assist in drafting those documents. If desired, a human lawyer can review documents and can give legal advice. Ailira can also act as a triage for more complex legal matters or matters which she hasn’t yet been taught.

We have found that that users of Ailira on areas that she has been trained with can get their legal matters sorted at approximately 25% of the ordinary cost and in as little as 15-20 minutes. For example Ailira can generate a simple Will for $150, or a more complex one for $440 (including an hour of consultation with a lawyer). This is a huge saving of money and time for the general public.

Opening day of Law Firm Without Lawyers. Customer No 1

The Law Firm Without Lawyers is set up in the style of a traditional legal office. However when clients sit down, instead of having a lawyer opposite them, there is a screen, upon which is Ailira. The clients can then chat with Ailira about the legal information that they would like help with. Obviously this is not legal advice because robots cannot give legal advice …yet.

There are human assistants on hand to solve any technical questions, book appointments, explain how Ailira works and witness documents. These assistants are not lawyers and will not give legal advice or information. Meetings can be arranged with lawyers by video conference if clients would like legal advice.

The Law Firm Without Lawyers was opened in Coolalinga, Darwin because this semi-rural area is massively underserved in its legal needs. And the gains from digital disruption should flow to those most in need.

We were featured on ABC news, which shows Ailira in action.

Ailira utilises supervised machine learning in her conversational NLP, and unsupervised machine learning in her legal research. So yes, by any definition Ailira is an Artificial Intelligence. Of course she is not ‘Artificial General Intelligence’ (an AI that can think on any area like a human can) because nothing like that exists or will for at least 30-50 years (if ever).

Ailira was one of the featured AI on the ABC’s ‘AI Race’ where she went head-to-head with a paralegal on a complex tax question.

Because every day users do not need detailed legal research we have separated out the Tax Professional aspect of Ailira (available here) and have repurposed those algorithms in a more consumer oriented manner.

Ailira is special in that she can both answer questions (like Siri) and also ask questions in return. In this way Ailira comes closer to the natural ebb and flow of human-to-human conversation where sometime one person leads, and then sometimes the other person leads.

For example, Ailira asked a client “Who would you like to be your Executor in your Will?”
The client responded with a question “What does the role of Executor involve?”
Ailira explained what the role involves, and then the client said “Ok, I would like my son to be my Executor”.
Ailira then inserted the son’s details into the client’s Will as their Executor.

Ailira is not ready to pass the Turing test (yet) but she is much, much more than an automated form or search engine.

Is this the End of Lawyers?

Most certainly not. Humans and technology are in a symbiotic relationship, in that one cannot exist without the other. Without technology (such as evolved plants, fire, etc.) 99.9% of humans would die. Without humans, technology is inanimate and useless. Robots such as Ailira best do repetitive, limited or scale-able tasks, and humans (including lawyers) are best at contextual reasoning, creativity, morality, empathy, and judgement.

Ailira brings access to justice to those who are least able to afford it, to those that would otherwise be priced out of the legal market. Most people who are using Ailira are not choosing her as an alternative to going to a lawyer, but as an alternative to having their legal affairs unattended. For complex legal matters, or for review and supervision of AI generated material, Ailira integrates directly with human lawyers.

The future lawyer should also be heartened. As we know from economics, a decrease in price to leads to an increase in quantity demanded. With Ailira providing legal assistance on average at 25% of the retail price, there is a massive increase quantity of assistance demand. While other firms are cutting back graduate numbers, we have hired 3 law graduates to service the Law Firm Without Lawyers. There will be a massive expansion of jobs as we roll out Ailira to new areas and the Law Firm Without Lawyers to new locations, and as other legal tech providers bring their own advancements to the market.

Can Our Firm Get Ailira / Can We Work Together?

Our mission is simple: to fix what is broken with the law. As a startup, we love exploring new ideas, but our only real interest in in legal tech. Yes, we understand that Ailira can be used in many other fields, and we are happy to discuss white-labelling, but we can easily see the next 10-20 years of work in the legal tech space for us, so we don’t want to get distracted. So, we would love to hear from you if you: